Can The Chicken Pox Vaccine Cause Shingles??? YES!!!

Right before school let out for the summer I got a phone call from my son's school asking me to come pick him up because he had a strange rash. They were saying he was complaining because it was hurting and itching at the same time. The school nurse thought it could be chicken pox but after seeing the rash I knew that no way was it chicken pox. I had never seen shingles in person before and had NEVER heard of a small child getting shingles before. After SEVERAL visits to the doctors the final conclusion was that he had shingles. They hadn't seen a child with shingles before & then they let me know that he could have gotten it from having had chicken pox. The thing is........he had never had chicken pox but had been given the chicken pox vaccine. I was then told that the chicken pox vaccine can cause shingles but that they could not say exactly that the vaccine was the cause.

I have since done a bunch of research on this matter & the information is not good. If I were asked to give me personal opinion regarding this vaccine, I would say DON'T DO IT! There is now is a shingles vaccine and research is still going on for a Shingles Vaccine for adults as a result from the chicken pox vaccine. Here are some links to information, reports and research I have found regarding shingles and the chicken pox vaccine.........


There is now a Federal Program and Web Site where those who have been hurt by a vaccine can ask for help or compensation. The phone number for the National Vaccine Compensation Program is: 1-800-338-2382.
The web site is.... http://www.hrsa.gov/vaccinecompensation/
Posted by Kelly Lynch Ring at 5:48 PM

Hi Kelly, I am your newest follower. You found me through Blog Frog so I came to check out your blog.

I just wanted to say, thanks so much for posting this!!! I am always looking for more info on vaccines (truthful info) & you will never get it from the dr's.

Have a great weekend :)

The causes of Chicken Pox are the same for Shingles since they both are derivatives of the same Vermicelli virus. For anyone that has suffered form chicken pox, the possibility of contracting Shingles is a possibility, especially during middle to old age.
Causes Of Chicken Pox

Hey Kelly, thanks for the info my two year old son shingles for the fourth time it breaks my heart!!! He never had chickenpox but has had the chickenpox vaccine and that only way he could of gotten it!!! Thanks for the info and if you have any advice please let me know thanks again Kelly
sincerely, April Huffman 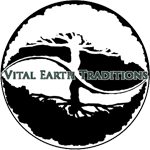 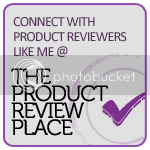 Likeables! :) Blogs and Sites I Adore!

Promote Your Page Too